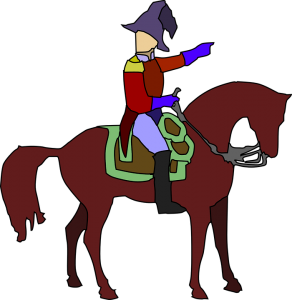 Isn’t it amazing how long you can remember children’s rhymes, such as Humpty Dumpty? When was this rhyme written? How can parents and teachers use this rhyme to foster early child development (aged 0 – 5)?

When Was Rhyme Written?

Humpty Dumpty might be one of the oldest and most well-known English nursery rhyme. Its origins are murky with some believing it was created in 1797. Nobody knows who first penned this classic. There are many variations, each with similar actions involving a talking egg who falls off a wall. After he falls, nobody can put him together as he was before. Australians even have a version where this egg is “eating yellow bananas.”

The reason why you remember these nursery rhymes is because they are educational tools. Of course, nursery rhymes teach you about rhymes. If you sing along, you learn musical rhythms and how to form words properly. For some reason, children have an easier time relating to eggs, animals and cartoons. These are non-threatening and easily recognizable. Early childhood skills that are fostered, include vocabulary, sentence structure, event sequencing, tongue twisters, memorization and routines. Children have a tremendous amount of mental capacity. You might be surprised by how fast they can learn various songs. They can feel a sense of accomplishment after they memorize these nursery rhymes.

This nursery rhyme creates context for childhood existence. Children can understand that eggs are fragile and can be broken easily. Certain things cannot be fixed by anyone, not even a king. Cause and effect is one of the important lessons taught to children. Many individuals do not even realize that this skill is learned, until they might think deeply about their college entrance exams. Students might be given 3 different pictures and asked what the next logical picture would be.
For children, logic is not as developed. So, they can understand certain basic actions. This is what nursery rhymes will focus on. An egg falling from a wall, Jack and Jill going up a hill and a spider climbing up a clock are some examples. We see a common theme of contrasts: Up versus Down. Children can learn about opposites, using very simple characters that they can relate to.

Modern children need a reference point. Old nursery rhymes can give them a foundation of how things proceed. One of the best educational techniques is to include the child’s name in the nursery rhyme. This personalizes the educational device. Then, the child can use his imagination to add new verses. Creative parents and teachers can even create their own nursery rhymes, using modern technology. Instead of an egg, you could use a smart phone. Many modern children will understand that just like an egg, a dropped smart phone is difficult to mend. Hiding teaching within nursery rhymes is a great example of how creative educational methods can be used to optimize child development.