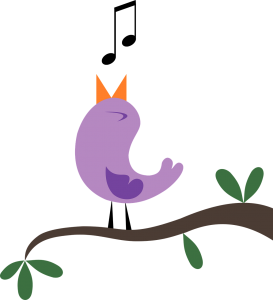 At first glance, the children’s rhyming song that derives from a Mother Goose Nursery Rhyme Two Litte Blackbirds nursery rhyme may not be as commons as say Sing a Song of Sixpence, which is another nursery rhyme involving blackbirds. However, when someone stops to take a look at Two Little Blackbirds a bit more they will discover that this rhyme been around for quite some time. It also does involve child interaction and can create fun activity.

The lyrics of the two little blackbirds is quite basic and no doubt simple enough for a child to grasp along with picking up the rhyming aspect.
Basic and simple easy to sing, also easy to understand. As for interaction with kids, this is a great way to use hand and finger actions or puppets to illustrate the various part of the actual verses, kids can learn how to do the motion themselves such as flying away.

Variations that are done and Facts about the rhyme

Turns out this is a not just a rhyme that can feature blackbirds. The simple rhyming lyrics have had other animals or even objects be featured instead of the blackbirds. In some variations of the melody where puppets have been used Squirrels have illustrated the main characters. There are also times when other birds have been used, and even pumpkins which are a fun-filled way to tie it to Halloween. In some of these variations, the names in the rhyme are changed but the rhyming aspect is aspect is still present. in fact, there was actually a variation version inspired by the nursery rhyme recorded by Petula Clark back in 1961 which was entitled, “Fly Away Peter, Fly Away Paul”. In fact, this was the popular names used in the melody during the 19th century, why because of the link to apostles by the same name.

As stated above this is one of the beloved nursery rhymes of Mother Goose. This one came into existence in 1765 as part of Mother Goose Melodies. The melody and lyrics started to become more known as two little dickie birds in the 16th century and over time it became common practice by parents and educators to not only entertain kids with the simple verses but to also teach an interactive activity of finger and hand gesture to illustrate as well. So maybe the theme of little blackbirds may not pop up with great recognition as some of the other Mother Goose Nursery Rhymes and Melodies would but this one has still earned its place in history along with pop culture. No doubt it still is a fun-filled way for kids to interact while rhyming regardless of who the main character may be or what their name is.