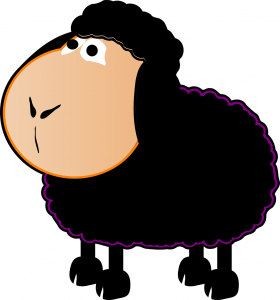 As children, many of us learned the rhyme Baa Baa Black Sheep and, as adults, recite it to our children. So, where exactly did this nursery rhyme originate from, and what does it really mean?

The rhyme which asks “Baa baa black sheep, have you any wool?” has its origins in England, probably to sometime around the 12th century AD when wool was one of England’s major trade products.

In 1272, the then-Prince Edward returned home from the Crusades after learning that his father, King Henry III, had passed away. Edward was then crowned King Edward I of England. After his coronation, Edward had to find a way to fund military ventures, so he began imposing new taxes on the wool industry.

Throughout history, nursery rhymes such as Baa Baa Black Sheep have been more than just baby songs. The meaning behind nursery rhymes is often deeper and darker than what we teach children about these baby songs. In this particular nursery rhyme, the mention of three bags of wool seems to allude to the economic climate in England.

The bag of wool for the master is probably referring to the fact that one-third of the price of each sack of wool was for the king, who took it as a tax to fund military spending. The dame probably refers to the monasteries in England. The little boy is essentially the poor farmer who tended the flock and saw no financial gain for his role as the laborer; he only got one-third of his total earnings due to taxation (without representation).

In 2014, schools in Australia began changing the lyrics to this nursery rhyme in order to make it seem less offensive. Teachers claimed that the song was both racist and sexist in content, so “black” and “boy” were both changed.

Baa Baa Black Sheep has been referenced throughout the years in different aspects of pop culture. In 1888, author Rudyard Kipling used it in a semi-autobiographical short story of the same title about himself and his sister.

The song made history in 1951 when it became one of the first two songs (the other song was “In the Mood”) to be digitally recorded and played on a computer.

The TV show Black Sheep Squadron was originally titled Baa Baa Black Sheep and ran from 1976 to 1978. It was an American dramatization of U.S. Major Gregory “Pappy” Boyington and his World War II squadron, Marine Attack Squadron 214. The Major later went on to name his book after the nursery rhyme, hence the original title of the show later on.