Benefits of Singing the ABC Song 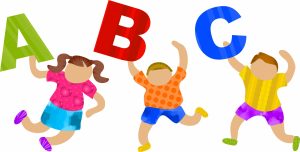 The benefits of singing the “ABC Song” are numerous and so tremendously helpful. First off, singing reinforces a child’s synapses making the signals between receptors stronger so it helps the child with memory recall. Singing also aids in the learning process of young children because the act brings joy to the child which puts them into a positive mood and more receptive to learning.

Studies have found that rhythmic and melodic songs, such as the “ABC Song”, brings the mind of kids into a state of flow which aids in the building of language. ABC songs have been used for centuries to help children as well as adults grasp the English language. The ABC learning format has been used in the teaching of other languages as well, with some variations. It is not known exactly when the ABC learning process began, but you can guess that it was probably at the beginning of the modern English language.

The “ABC Song” is still a very effective way of teaching children the alphabet and other word structures. Teachers in lower grades in school have developed different twists on the singing of this ageless method of imparting a desire to learn and retaining basic letters. They have created many fun games that go along with the singing that makes the whole event enjoyable for the kids, and this makes for an emotionally uplifting experience. When the child is happy, then the learning process is reinforced.