Children’s Development through Rhymes and Song 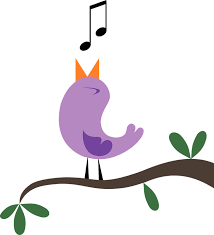 Rhymes and songs have been a part of parent’s lives for centuries. Even before they were written down, people would come up with them to sing and play with their children. Most people just think that rhymes and songs made for children are just for fun,but they actually teach kids so many great skills.

Regardless of where you’re from, there has been some kind of song or rhyme that was made for children. In fact, each region usually has at least 1 song that is well known around the world. Of course, the words and ideas of the songs and rhymes are going to be different depending on what your location is. There are even some parents who make up their own songs to sing with their children. These usually get passed down through generations and today’s children might be singing humpty dumpty song what their relatives came up with hundreds of years ago!

With so many different rhymes and songs, there are quite a few different things that can be learned. For starters, children will learn how to be creative. A lot of these have strong imagery, so your child will be able to explore their creativity and imagination. Another thing they will learn are rhymes. They will be able to realize that certain words rhyme and, eventually, they’ll be able to start putting together their own rhymes. They’ll also be able to learn phonics. They’ll be able to hear the different sounds that the words make and be able to connect words that have similar phonics, such as starting with the same letter or ending with the same letter. Most of the time, children will start dancing when they hear songs. By letting them listen to rhyming songs, they’ll start dancing and help make their muscles longer. The more they move, the stronger their muscles will become.

With there being so many different songs and rhymes for children, they learn a broad range of topics. This is another thing that will largely depend on what area you’re in. For example, a rhyme or song made in the United States won’t be the same as one made in the United Kingdom. Often times, these types of songs will talk about certain historic events that happened in that particular area. There are some, though, that are more general and doesn’t focus on certain areas. Some of the things that kids can learn about are answered below.

Another thing to remember is that you can teach them anything you want since you can make up your own rhymes and songs. The possibilities are literally endless.

How Can Teachers and Parents Use

When talking about teachers, the best way they can incorporate these for learning is to use them in their classrooms. They can do something like song or rhyme time every day or have an entire day that’s all about songs and rhymes. For parents, they can use them at home to help them learn before their in school or they can use them with their children in school to help reinforce what was learned in the classroom. As you can see, these fun little rhymes and songs are really more than just play. They can help your child learn and develop. Plus, they’re easy to do!