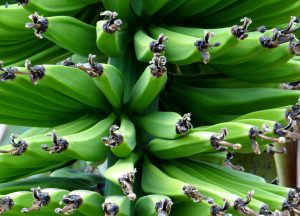 The Day-O song is also called the Banana Boat Song because it was made from the point of view of the dock workers who had to work at night because they had to put the bananas on the boats to leave for wherever they were going to be shipped. This is the song that they used as a work song, but it also became a huge hit for Harry Belafonte, and it became a calypso classic that a lot of people fell in love with just because they loved the version that Belafonte did. This is something that a lot of people did not even realize because they also remember it from the 1988 movie Beetlejuice.

The Day-O lyrics are about daylight coming and the people wanting to go home because they work at night instead of in the morning. They have to work all night getting the bananas onto the boat, and they have to go home so that other people can get the harvest in that day. This was a big work song in the islands of the Caribbean, and it was used a lot even when they came to America because they often did very hard work at night.

There are a lot of videos that kids can watch, and they can learn how the song goes. They can even learn it from Harry Belafonte himself. He is very clear with the lyrics, and he has made it so popular that you want your kids to know the original. You can get them to sing along, and they will learn a lot of about Cajun and Creole culture because they can not only hear the sounds of the accents in the song, but they can hear the influence of the languages that came to the region. They can see everything from French to Spanish or even Dutch, and that combination is a really cool history lesson for them.

Kids can learn all that they need to know about the islands if they are using this song, and they will be very happy with the fact that they can get the inside scoop on this really neat little song.