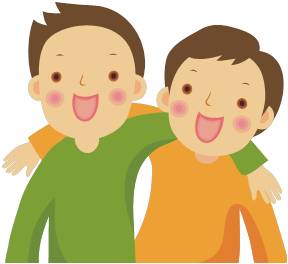 Helping a child to develop their social skills is something that can be started as early as when a child is a newborn. After all, social skills are a way for a child to learn to communicate and interact with those around them. One essential way in which a parent can do this to a child ages 0 – 5 years is through simple nursery rhymes. These rhymes usually put in song help a child to learn several developmentally social skills, starting with one of the most commonly used and simplest of the rhymes that is also a fun-filled game Peek a boo.

The Game of Peek A boo and the Rhyme

The game of peek a boo is fairly simple. As for the peek a boo lyrics these are also easy to learn and can be found through several online videos. The rhyme associated with the song can also be found in several editions of the Mother Goose nursery rhymes that have been around for generations.

Usually, when playing peek a boo with their newborn a parent just covers their eyes than uncovers them going peek a boo I see you. Before long a child starts to pick up the action doing it themselves since the activity usually makes them laugh and is enjoyable to them. As for when the rhyme was written, it’s origins aren’t well-known it is one of the Mother Goose Nursery Rhymes that came out around the turn of the century in the later 18th century to early 19th century.

Benefits of playing Peek A Boo

Peek A Boo is a simple rhyme and a simple game but there are benefits to playing the game with children ages 0 – 5 years of age. First of all, this is a special bonding them for parents with their child. Second, it helps a child to hone in on certain skills, such as motor skills since they move their hands and arms while playing the game. A child will also be developing more of their cognitive skills as the peek a boo rhyme grabs their attention and teaching them how to make certain movements along with learning certain words.

Kids will learn the basic topic of how to play a game by doing this simple little action at such a young age. So, is it any wonder that parents and even educators use peek a boo to learn a child certain social skills. Kids learn more through enjoyment such as singing and playing a game. Maybe this is why peek a boo is just one of many nursery rhymes and rhyming songs that are used to teach kids certain things such an interaction with others. Through rhyme, kids say repetitive words and words that sound alike which stimulates their minds to learn certain things which are why when a child is at an early impressionable age these rhymes are utilized. Peek a boo certainly has a proven track record of doing just that.