Going Around and Around 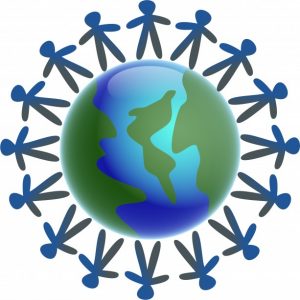 Intro
When you imagined being a parent, listening to nursery rhymes in the car was probably not something you had in mind, or say, singing them while you took your much needed shower. What you also might not have thought about was how crucial it would be to sing these repetitive catchy tunes to your little ones. Nursery rhymes go back hundreds of years, and have been proven to provide children with many resources for development and socialization as early as birth. “The Wheels on the Bus” is a popular example of a nursery rhyme that is sung in the United Kingdom, United States, Australia and Canada.

Different Versions and Why
This popular children’s song has many variations including different things that happen on the school bus. For example, it is usually started with the basic “the wheels on ths bus go round and round, all through the town. Some others things mentioned in the song are the horn on ths bus, the baby and either ‘Mommy’ or ‘parents’ on the bus (or whatever the singer prefers). These different words bring hand motions with them, like your fists rolling in circles as the wheels, fingers going back and forth as the wipers, etc. These hand motions provide children with the opportunity to practice using single fingers at a time, as well as simple movements like waving. These important skills can be learned as early as infant aged and will help prepare children for many exciting things!

History
This song was written around 1939 as an American folk song by Verna Hills. This song has been covered by many different artists, including children’s entertainer Raffi. This song was based on its fellow traditional British song “Here We Go Round the Mulberry Bush.” They have catchy beats, repetitive words and great use of hand and body motions that helps children learn essential skills. This genre of music started with lullabies. Slow, short sounds to soothe little children at night. Many poems were turned into the first children’s songs. Today, we know many revised versions of these children’s songs. Some words may have been changed to more appropriate alternatives. Some with political or religious views have also been altered to target a larger audience. Most children’s songs typically rhyme, making them easy for children to remember the words as well as for large groups of people to be able to sing together. These children’s songs, followed by hand and body motions have a huge impact on children of all ages and will benefit them in their futures. Although at times you’ll feel silly or slightly crazy with the constant tune of Ring Around the Rosey stuck in your head, these songs will bring not only joy and happiness to your children, be a great way to bond with them as young children and teach them things they will use for their entire lives!