The History of Pat-a-Cake 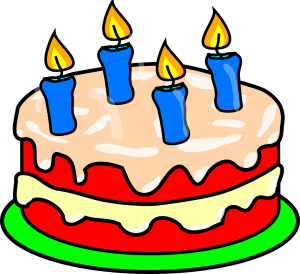 The origins of Pat-a-Cake or Patty Cake may have a few slight differences depending on your research. It is generally accepted that the origins of this rhyme date back to 1698, first appearing in the Thomas D’Urfey play The Campaigners. Most experts agree that at its foundation, it is English in origin and was popularized between 1698 and 1765. Its initial form is quite similar to its modern form and has always been considered in the category of songs for kids.

Sometimes referred to as Patty Cake, this rhyme occupies an interesting space both in terms of rhyme history and also in the history of the origins of songs for kids. Unlike so many other popular songs for kids, this particular rhyme does not carry any underlying political meaning and does not have much of a historical precedent. The lyrics are transparent and straightforward and all accounts suggest they were designed that way intentionally without any hidden meaning.

Some experts have made connections to The Great Fire of London in 1666. This theory posits that bakeries in general were a significant fire hazard. However, there is not a great deal of evidence supporting this as one of the legitimate origins of the popular song for kids. The lyrics may indicate a deeper socioeconomic undertone, considering the issues of bakeries as fire hazards and the milieu of 17th century London. None of these potential origins have been proven beyond speculation. Pat-a-Cake is very likely just a game designed for kids to interact through chanting and clapping with one another.

As the lyrics suggest, it is believed that marking one’s baked goods with a distinctly unique identifier was common for the era, especially considering the widespread use of communal ovens. “Roll it, pat it, and mark it with a T” is therefore an objective description of how baked goods were labeled in shared bakeries. This fact fits nicely in the rhyme history as it is consistent with regional practices of the time.

It makes sense to believe that the rhyme history of Pat-a-Cake is free from any hidden meaning considering how common the use of communal ovens was in 17th century England. By describing this tradition using lyrics and formulating them into a “songs for kids” motif, Pat-a-Cake was very likely little more than a game whose lyrics had a colloquial relevance to the times.

Aside from pinpointing whether or not any underlying meaning exists, this rhyme has stood the test of time as one of the most popular songs for kids in recorded history. Certainly it is still one of the most commonly heard nursery rhymes today.

The clapping game that accompanies the rhyme is still in practice as well. Because the rhyme itself as well as the associated clapping activity have withstood father time, it is reasonable to infer that this was the very purpose to begin with.

Although hunting for hidden meanings has become common when unearthing the genesis of many historical nursery rhymes, it seemingly does not apply in this case. Pat-a-Cake was likely written explicitly for children to sing and play along to.