Making Words with Each Letter of the Alphabet 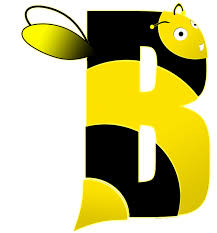 About the Alphabet Song

The alphabet song, or abc song, was created in 1835 by a Boston writer named Charles Bradlee for “The ABC- a German air with variations for the flute with an easy accompaniment for the piano forte”. The origin of the alphabet song, just like many other popular nursery rhymes, for example, Twinkle Twinkle Little Star, all came from the 1761 French melody “Ah, vous dirai-je, maman” by Louis Le Maire. The nursery rhyme was created to help teach kids their abc’s and to help them recite their words. The alphabet song is very popular all over the world, plus, it’s not only used in English but in other languages too, for instance, the song is also sung in German, French, Chinese, and other dialects. Therefore, it doesn’t matter the continent, because we’re all learning the same alphabet just in a different tongue, isn’t that cool?

Skills children 0-5 achieve from their ABC’s

For starters, when children ages 0-5 interact with the abc song they develop fine motor skills which introduces them into finding creative ways to learn and have fun doing so, for example, using colorful abc beads, alphabet puzzles, etc.. Next up are gross motor skills, for example, having them use chalk to write out letters or words, playing alphabet beach ball with them and having them call or sound out certain letters, etc.. Another skill that kids can establish from the alphabet song are phonics, for example, when a kid sounds out the letter A, B, or C they can match them with words: A = Apple, B = Bear, C = Cat. Fourthly, another skill that a child can pick up is rhyming, they can pick up this skill by reciting their abc’s or another nursery rhyme which helps them to master rhythms which leads to the child matching words that rhyme together. Your child can develop these and many more skills through their abc’s.

One way parents and teachers can make the alphabet fun is by reading abc books. Another way, is to make a game that focuses on the letters in the child’s name. Thirdly, play an educational abc game. Lastly, play treasure hunt with the letters of the alphabet. There’s so many more fun and educational ways for children to learn their abc’s while having fun and still getting educated.