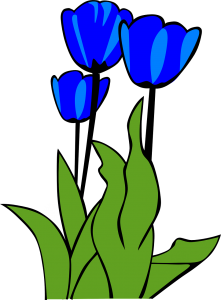 Some of our best memories from our early childhoods are with nursery rhymes – tales that shape our language and imaginations in our earliest years. One nursery tale that has really stuck around over the past decades is Mary Mary Quite Contrary. The lyrics, with their very simple sounds, make up one of the very first nursery rhymes to come out of the United Kingdom. These simple lyrics have always resonated with the intended audience, young children, and the story has been re-imagined over time and time again. Try to find an original version of this song and you will be sorely disappointed, but there have been thousands of remakes over the years of this same nursery rhyme. Mary Mary Quite Contrary has quite the fan base built up over all of these years, and if your children love nursery rhymes there is a good chance that they have heard this classic one at least once in their life.

What exactly is this song talking about? Well, the lyrics talk about a garden growing, and Mary is the young character who is growing and tending to the garden. There have been some rumors that this rhyme actually has religious connotations, and that Mary is actually the Virgin Mary, with the bells in the lyrics being church bells.   There are also theories that this rhyme refers to Mary Queen of Scots and her reign (1542-1587), or Mary I of England and her lack of heirs to the throne. It cannot really be determined, because there have been doubts as to the original meanings or its original origins coming from somewhere other than the United Kingdom. While this story is shrouded in some mystery, it has nevertheless survived the test of time as a classic rhyme for all of these decades.

Mary Mary Quite Contrary is one of those songs that just tends to stick with you. While it is not as common as say, Ring Around the Rosy, it is still quite well-known and even appeared in The Secret Garden, whose main character is a young girl named Mary.