The History of The Farmer in the Dell 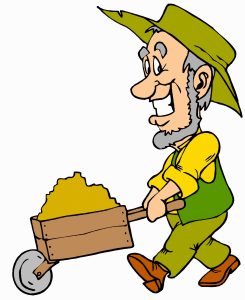 The Farmer in the Dell is a nursery rhyme that has been around for quite some time. The nursery rhyme is said to have originated from Germany in 1826, believed to be written by German Immigrants as a song to be sung to their children as a game. The UK variant of this song has a nurse and dog.

The rhyme was written about a farmer choosing his wife, then selecting a child, a maid, a man who serves, then leaves after the wife was found to be kissing the serving man. Even though the history of this would be about a farmer, it has been changed across the world to better meet the needs of each particular region.

For instance, when this was written about in the UK it was changed to the farmer being in his den all the way down to the dog has a bone and everyone would pat the bone or whoever would be chosen as the bone. When the song was written by Romanians, it would be changed to be written about the farmer being in a field instead of a den, and so on. This is how the song has changed throughout history.

When people play the game that goes along with the song, everyone will stand in a circle declaring each person a particular role in the song. The people with their assigned roles will then sing that role’s part in the song. The first person will sing his verse while moving around the circle until he chooses a wife, then the wife will sing her verse while they both move around the circle and so on throughout the game until the cheese or the dog is the last person in the game and they are chosen to be the last character. At which point, they will usually become the person to start the next round of the game.