The History of Three Little Kittens 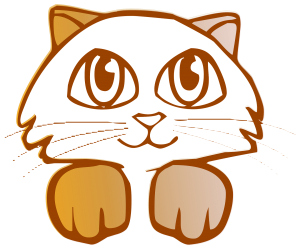 Three Little Kittens, among the most well-known nursery rhymes, is thought to have its origins in the British folk tradition. As is typical with literature from the oral tradition, there are several versions of the poem, but the most well-known is the version is attributed to American poet, Eliza Lee Cabot Follen, published in 1833 as part of a poetry book.

One of the first known forms of the nursery rhyme was published in 1827 with the length of only two stanzas. In it, the kittens simply lose their mittens and their mother gives them a scolding, telling them there will be no Christmas pie.

By contrast, Follen’s version is considered to be more sophisticated with its greater emphasis on word play and nonsensical tone. Here, the three little kittens redeem themselves from misbehavior twice, after recovering their lost mittens and washing them after soiling them. As a result, their mother alternately declares them to be naughty, silly, naughty, and finally good. At the very end, the mother’s attention is diverted by the smell of “a rat close by.” Some debate as to whether this is the origin of the expression “I smell a rat”, but it is just as likely an element of silliness and a convenient way to rhyme “close by” with “dry”.

Follen’s version became hugely popular and was quickly absorbed into the Mother Goose nursery rhymes cannon. Her poem marked a shift in children’s literature of the era, moving away from a focus on moral lessons and punishment for misbehavior, to an emphasis on more imaginative literature with the purpose of delighting and entertaining. It might be considered a precursor to the sillier, more fanciful nature of Victorian children’s poetry like the work of Lewis Carrol.

Over the years it has enjoyed several incarnations, being expanded into illustrated children’s stories and set to music. Today Three Little Kittens is still among the most popular nursery rhymes, taught by preschool teachers and incorporated into lessons.