Where Is Thumbkin History 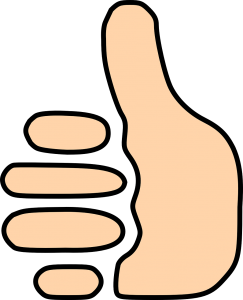 Nursery rhymes are classic and often considered a relevant method to use when teaching kids a variety of things inside and outside of their classroom. Preschool education often starts with learning how to learn colors, how to play, count, learn songs, sing melodies, and even learn how to work together in a round musically. For instance, the playtime song of Where Is Thumbkin is a popular choice to teach kids the anatomy of their hands. There aren’t many lyrics to the song, so it can be easy for kids to sing along or mimic the movements.

What’s that Line?
Much like most rhymes, there is no specific known origin to this song. Some believe that it started in the show Barney and Friends, and others believe it began later on from the Wiggles. It has been lost in translation throughout the years, and varies throughout cultures of the world. In the United States alone, it is among many of the songs for kids that have been changed depending on where you live. In western states such as California, Nevada, and Oregon, the last two lines of the songs would be different compared to mdiwest or eastern states. In some areas the last two lines of the song are “Run away! Run away!”, where in other states those last lines are sung as “Go Away! Go Away!”

Different Songs with the Same Music
When singing songs for kids such as rhymes, you might notice your favorite tunes’ lyrics sound a lot alike. Many of the rhymes follow the same melodies as other rhymes. In this case, the song melody for Where Is Thumbkin follows that of Frère Jacques. Kids often find this song easy to hum along with or sing with. A few other songs and rhymes that follow this tune are not only limited to Where Is Thumbkin. Weekday songs, The Mother’s/Father’s Day song and even a song that teaches the date, can be hummed to this gem.

Don’t Stand Around, Use Your Body
There are many songs that involve using one’s anatomy to dance, and Where Is Thumbkin is no exception. Each verse requires the children to play along with the song as they learn their fingers. “Where is Pinky, Where is Tall Man” Tall Man is one of those tricky fingers to teach to the kids, as we need to make sure that middle finger is pointed the right way. No matter how you treat the song, the kids are suppose to take one finger out and put it behind them when it’s time to “go away/run away”.

Throughout history, there has been a wide array of nursery rhymes to teach children the rhythm of music. No matter what rhyme is decided for preschool education, no worry needed with parents, all the rhymes brought to kids are not always what is rumored to be a dark nature. After all, the song Where is Thumbkin, has been performed on preschool show favorites such as Barney and The Wiggles. Not only that, but Where Is Thumbkin can be attributed on many different nursery song CDs, including In the Schoolyard.