Versions Of The Lavender Blue Song 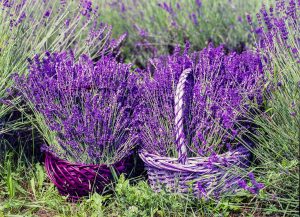 The Lavender Blue Song is going to be a great song for you to teach to the kids, and it comes from the late 1600s in England. This is a song about a man and a woman, and it is a song that has been changed around a few times. You can teach it to the kids, and you can take them through all the different versions because they are all intriguing in their own way. You have to remember that the subject of this song has been dealt with in other forms of British music, and it is tied to a Lavender Green tune that was already out there.

The tune of Lavender Green was already around when this song came out, and the book that it was published in tells you to use that tune to sing it. That means that you need to make sure that you have looked into all those old tunes of the day because they make a difference and help you understand how the song goes. You can get into the words and see what this man is actually talking about.

The man in the song is telling a woman that she has to love him because he loves her, and that is very important because that is something that has been going on for a long time. Kids today probably have no idea that that was what happened in the past, and they might be confused by it. That same sentiment has come up in other songs like I Love My Love by Gustav Holst, and you will find out that they have similar lyrics.

The Kids Can Sing

You can teach the kids to sing this song at any time, but you have to be aware of all the different types of variations that are out there. There are so many variations that you need to really start thinking about them because they make a big difference in how you are going to perceive the song and experience it. You also need to make sure that your have thought really hard about what you can do to get the kids to sing it in the right way. This song has all the folk elements that will remind you that it comes from a long time ago.

Burl Ives has sung this song in a Disney movie, and the song has been sung in a few ways which include calling it Lavender Blue and Rosemary Green. That is where the storytelling aspect comes in because the interpretation of the song for the Disney movie was much different than even how the words changed as the song came into the 20th Century. You can show the kids the movie, and they can watch videos of Ives singing it online. Make sure that you have exposed the kids to as many versions of this song as you can to help them learn about the folk song Trading around them.