About This Little Piggy 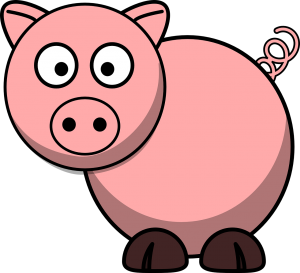 Introduction
Many of us are first exposed to This Little Piggy as toddlers. As young children we used to giggle and shriek with pleasure as our parents and other caretakers would sing the nursery rhyme to us. Our younger selves were learning so much each time we participated in the game. We continued to develop skills such as language and sensory awareness. Despite its familiarity, there remain many questions about the rhyme and what lessons we can impart upon our own young and inquisitive toddler.

Origins of the Rhyme
The origins of Little Piggy is somewhat of a mystery. The first indication of the nursery rhyme was found in 1728. However, the discovery was only of the first line within a song book titled Nurse’s Song. It wasn’t until 1760 that the first full version was written. Since then, the rhyme has become a favorite among parents and children alike.

Meaning of the Rhyme
Despite the mysterious origins of the nursery rhyme, the meaning behind the lyrics is very clear. Regardless of how innocent the song sounds as it is being sang to a young child, the lesson to be learned from the rhyme takes a dark turn. The song describes life as a pig on a farm. The poem immediately starts off with the death of a little piggy. The first line of the rhyme states, “This L.P. went to the market.” While as young children we may have conjured an image of a mommy pig grocery shopping, as adults the meaning behind this is clear. The L.P. in this line has been shipped to the slaughterhouse. The poem continues, “This L.P. stayed home.” Here, the rhyme is referring to the L.P. that has been spared death so that she may continue to produce piglets and allow the cycle to continue. Upon reaching the third line, the story does not become lighter in nature. The song then states, “This L.P. had roast beef.” Again, the poem is alluding to the impending fate of the L.P. In this case, the pig is being fattened up so that it may be sold to the slaughterhouse for profit. The fate of the next piggy is equally dreary as it is stated, “This L.P. had none.” The second to last line is indicating that this L.P. is ready to be shipped off to the slaughterhouse, and thus is not being fed to ensure that there is minimal waste in the body upon arrival. Finally, in the last line, the poem lightens up. “This L.P. went wee, wee, wee all the way home.” This final line describes a L.P. that is thankfully celebrating his escape!