Back to School Nursery Rhymes 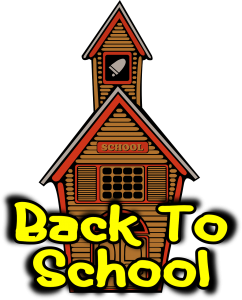 This upcoming school year promises to be a lot of fun. Young children will learn iconic American nursery rhymes, such as Mary Had a Little Lamb and The Wheels on the Bus. Going back to school can be something the kids can look forward to because they will be able to enjoy singing along to these popular nursery rhymes.

Teachers have been using nursery rhymes as a teaching aid in the classroom for centuries. Children can sing along to them, simply read them or even do fingerplays. Nursery rhymes help to engage young students. They teach them language formation and new vocabulary. Some of the nursery rhymes will even teach kids moral lessons.

The nursery rhyme Mary Had a Little Lamb originated in America in the 19th century. It was first published by a Boston publishing firm on May 24, 1830. It is believed to have been originally written as a poem by Sarah Josepha Hale. The story is attributed to an incident in which a young girl named Mary Sawyer took her pet lamb to school. However, there are some theories that believe Hale did not write the whole poem. A young man named John Roulstone is believed to have possibly written the first four lines and Hale the final twelve lines of the poem.

In addition, The Wheels on the Bus song is a popular American nursery rhyme which was written by Verna Hills in the middle of the 20th century. Usually it is sung by children to keep themselves entertained while riding a bus on school trips. Today, it is not only sung by North American children, but by children around the world in many different languages.

Get your kids in the mood to go back to school with these great nursery rhymes. These songs will be a lot of fun for children to sing along to and will make the classroom setting a whole lot more enjoyable. Keep in mind, nursery rhymes are a great classroom activity for both teachers and young students. They help the children stay focused and learn new language skills, while having fun all at the same time!