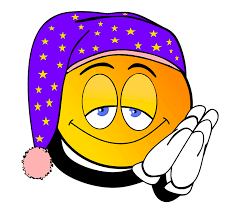 Who would have thought a song that was made in 1835 would be sang over a thousand times a day, around the world? Born and raised in Boston, Charles Bradlee wrote the “ABC Song“. This song is sang all over the world by parents, attempting to teach their children the alphabet.

When parents actively sing this song to their children, their mind opens up at a earlier stage than usual. They begin to use their fine motor skills when they are clapping along to the song. They get to further their education at a younger age, which in return will cause their education to advanced quicker. While the song is not a rhyming song, it does have an acoustic tone to it- which helps teach children even quicker.

The alphabet is the building blocks of the English language, and the primary start of being able to read. You first teach your child the alphabet, they progress to being able to identify letters, and lastly they are able to show off their intelligence by making the sound of each letter. When children begin to start reading, they will need help to sound out letters. As parents, we often make it easier for them by asking what the letter is, and making the sound that follows.
At the newborn stage, when you begin singing songs to babies, they often get wide-eyed and try to coo. When the child grows, and they are able to start clapping along to the song, they are learning fine motor skills. When they child reaches three and can sing the song back, they are showing memorization and rhythm.
Children typically begin Pre-K or Kindergarten at the ages of four and five, which is where they will begin to go further in depth with the English language, learning to read, learning to write, etc. Studies have shown that parents that read every night to their children, raises the children’s IQ. If you can read to your child on a nightly basis, you will begin to teach them the alphabet at a even younger age.

When you use a song that has rhythm, it is called using a mnemonic technique. It helps the brain remember something quicker when it rhymes, has an acoustic tone to it, or has a memorable saying. The mnemonic technique helps train your brain to remember a certain phrase quicker than any other studying technique. Often, when we use a certain technique, our brain will never the saying or teaching that we are trying to remember.
Teaching our children the alphabet is a crucial part of parenting, and with this song- it makes it the easiest part of parenting. Singing the ABC song is a song that will continue to be sang through out history, and we can all use our fine motor skills to give Charles Bradlee a hand for making learning the alphabet a little bit easier for us all.