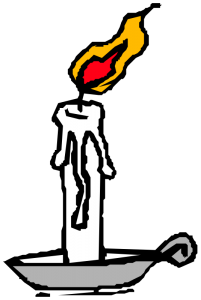 The butcher and the baker and the candlestick maker are references that you hear in Scrub-A-Dub-Dub, or Three Men in a Tub. These are all jobs that we have today but they are different than they were back then because we produce and manufacture things in different ways than we would have in the past.

Scrub-A-Dub-Dub was invented to give kids a nice song to sing, and to teach the meaning of some different jobs. The nursery rhyme gives you many looks at the process of living in a town like this, and you will find that the kids who are listening to these rhymes will learn what the candlestick maker is and so much more. The rhyme also features how children bathed in the olden times.

The butcher is the man who prepared meat that he had often made on his own farm, and he was the man who was ensuring that all the people in the town had fresh meat that came form their own animals.

The process of making candles is what the laborer in the story does. They are making candles that are a lot of fun to look at, and they were used in every home because there was no electricity. Someone who needed a large set of candles could have them ordered from a shop, and they could be dyed then many different colors. There are many people who do this to this day, but candlestick making is a much different profession because it is seen more as a craft and less as a necessity.

There are many people who will find that it is much easier to order from a store today, and they do not need to have the candles on a stick because they are made in jars, stand-alone, and are made with a certain scent for the household. This is much different from what was happening in the rhyme, and this is part of why the history of rhymes is so interesting and important today.