Different Types of Wheels on the Bus 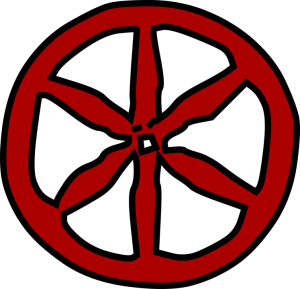 The parents of very young children can greatly benefit from understanding the advantages of young children interacting with nursery rhymes such as Wheels on the Bus.

Wheels on the Bus is a popular children’s song throughout the United States as well as the United Kingdom, Canada, Australia and other parts of the world. Popular in many different languages around the world, this nursery rhyme is a classic American folk song that dates back as far as 1939. Although it is unclear who the actual author is, Verna Hills is most often accredited for the work because she is the first to publish it.

Even though this rhyme, has been accused of being secretly anti-religious, there is no real evidence that it has any subversive hidden meanings. With its repetitive rhythm, this song is most often sung by children in large groups when they are taking bus trips to help them pass the time and to keep them amused. It was most likely inspired by all the repetitive motions of the bus’s features such as wheels going around, and wipers swishing coupled with the behaviors of the people on the bus. Since the true author is unknown the true intent of this song is unsure, it is most likely intended to keep many children entertained on long trips.

Children between the ages of 0-5 can develop social and cognitive skills as well as sharpening motor skills by participating in a sing along. Small children subconsciously learn to use phonics and practice the skill of rhyming as well as observe and apply logic when they are included in these activities.

The repetition of this song us cyclically-structured making it easier for smaller children to participate and to learn from the experience. The associated hand motions create an exercise for motor skills and coordination and performed as a group this song is great for improving social skills in young children.

Parents and teachers of very young children can use these types of rhymes to foster exceptional educational experiences for their children.

Over the years other verses have been added, but the original verses include all three necessary qualities for a nursery rhyme to be a completely interactive learning tool for children under five years old.

This nursery rhyme is an incredibly powerful influence on the preschooler’s developmental process. The phonemic skills that are developed improve the child’s ability to read and spell as well as other literacy skills. The repetition is good for the preschooler’s brain, helping to strengthen memory capabilities and reading comprehension as well as articulating words and listening comprehension.