Everything You Need to Know About Mary Had a Little Lamb 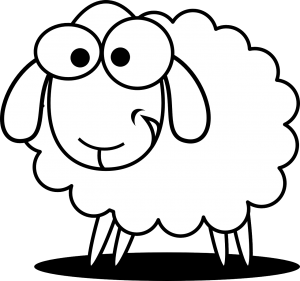 Background
Mary Had a Little Lamb is an American nursery rhyme first published in 1830. It was published in Mrs Sarah J. Hale’s Poems for Our Children where she added the last several stanzas. The person credited with the start of the nursery rhyme is one John Roulstone. He is credited as having witnessed the events unfold first hand.

Recollection
There is a very real person and a very real lamb behind this nursery rhyme. Around 1816, a young girl named Mary Sawyer lived on a farm near Sudbury, Massachusetts. She is the titular character who was urged to bring her little lamb to school by her brother. You see, she went out to the barn one morning to feed the cows and chickens and sheep, and in the barn she found two lambs that had been born in the night. One of the lambs was small and had been abandoned by the mother so she took the lamb in and raised it herself. And one day the lamb followed her to school where it interrupted the day’s lessons and John Roulstone was there to witness the story unfold.

Meaning
The meaning is fairly straightforward and one of the more innocent nursery rhymes out there. Although the lamb was made to wait outside of the school for her owner and the kids’ lessons were interrupted, that is about as bad as it gets in this kids’ poem.

Influence on Culture
This nursery rhyme was put to the beat of an English diddy, but it is a purely American thing. Thomas Alva Edison’s first recording was of him reciting the first few lines of the poem. The phonograph was invented in 1877 and the earliest surviving recording is from 1878. This recording was recovered was retrieved by 3D imaging techniques in 2012. Numerous other songs and artists have used and been inspired by this poem over the many years it has been around. Stevie Ray Vaughn and Buddy Guy both recorded the nursery rhyme on one of their respective albums. Paul McCartney put his own twist on the classic on Abbey Road and later in his career when he played with Wings. There is a special road in South Korea that has had grooves cut into it. When your drive over these grooves, it plays the melody to Mary Had a Little Lamb. This road is located in Anyang, South Korea.

Conclusion
This poem is an American classic. Everybody knows it and has since they were old enough to sing. It is one of the first songs you learn on any instrument and is simple to the point of tedium. Mary took her lamb to school, and the lamb made a ruckus in the classroom and was put outside by the teacher. It is sweet and simple and the epitome of nursery rhymes the world over. You are probably singing it to yourself right now.