Improving Your Vocabulary With Songs 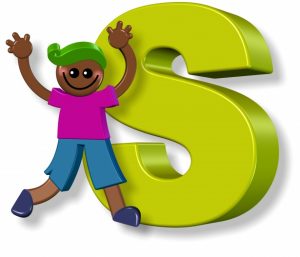 The rampant use of technology in today’s educational curriculum, from preschool to post-grad, is a relatively new phenomenon. Four and five year olds have become adept at operating Ipads, notebooks, mobile devices etc,. However, there is a much older, simpler aspect of child development that remains crucial, especially in the early stages-the nursery rhyme.

Brief History of The Nursery Rhyme

These clever, short poems are filled with history, intrigue, and have been passed from generation to generation. Despite the many changes in the world and in life, the oral tradition of the nursery rhyme is here to stay as evidenced by the continued publication and use of such arcane yet crafty verses. But why are nursery rhymes popular even today, and how can parents use these quick-witted poems to interact, and advance their child’s growth?

The Story of Humpty Dumpty

Although the origins of the story are obscure, several theories regarding it’s meaning have emerged. The rhyme first appeared in Juvenile Amusements by Samuel Arnold. It subsequently appeared in a copy of Mother Goose’s Melody, in a version of Gammer Gurton’s Garland, and was published in 1842 by James Orchard Halliwell. The legend was, however, made famous by Lewis Caroll’s book, Alice Through the Looking Glass where he finally appeared as the egg. It is also theorized that the central character was a canon used in the English Civil War. Regardless of the why, what, where, when, and how, nursery rhymes like the famed story about the clumsy anthropomorphic egg can have profound, positive effects on how children learn, create, and process vital information needed for future performance in school and their chosen professions.

What Skills Can Kids Learn From Nursery Rhymes Like Humpty Dumpty?

Listening to nursery rhymes can help build a child’s vocabulary. Short stories consisting of rhyme, and rhythm improve listening comprehension, writing abilities, and social skills. Consistent exposure strengthens the ability to match sounds and words-creating an enhanced reading ability. The physical act of singing, and acting out rhymes with the appropriate gestures fosters motor skills, and coordination. Nursery rhymes can boost early language development, while simultaneously improving memory. They open the door to creativity, imagination, and visualization. Shared use of nursery rhymes between parents and their children helps create links to the past, and promotes a sense of community in the household, and classroom. They are the ideal short stories, perfect for young budding minds with short attention spans, and a lot of energy. Most of all, silly rhymes, and ambiguous verses present an exciting opportunity for children to learn without the stress or anxiety of judgement from peers or other children due to the shared interest in song and rhyme.

A key predictor for early success in reading comprehension is how well kids know their nursery rhymes. Both teachers, and parents can make learning easier by engaging young minds with nursery rhymes on a more frequent basis.