Teaching Toddlers The wheels on the Bus 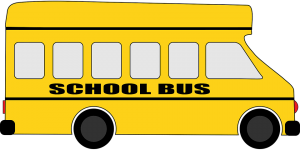 The Wheels on the Bus is a popular American folk song introduced around the early 1900s back before cable television and the internet; that many toddlers alike learn at a very early age. Not only is The Wheels on the Bus popular in the U.S but it can also be heard in Canada, the United Kingdom, and Australia just to name a few. Some of the words have been changed to fit a particular culture or environment but the meaning and concept of the song seems to remain the same throughout which is the working of a typical day of riding the bus. What you can be expected to hear and see. The wheels on the bus, also teaches children in a roundabout way to be aware of their surroundings by taking note of all of the things that are happening around them.

Teaching the wheels on the Bus

Many children learn best by repetition first and foremost so by constantly singing The wheels on the bus go round and round lyrics over and over with enthusiasm this will more likely than not catch a toddler’s attention right away. The sounds associated with the actions of the wipers(swish, swish, swish) on the bus, and the baby on the crying (wah, wah, wah) bus is quite easy for a toddler to pick up fairly quickly. He/she may not be able to say the actual words, but if sang enough he/she will certainly pick up on when to make the sounds of the characters and objects make in the song. There is a lot to be learned from speaking a loud what you are seeing in some situations particularly with a child. Asking he/she what they sees and the sounds that each object makes opens up a world of limitless opportunity to learning imagery and sound identification.

Learning songs is imperatives to toddler’s educational growth. Many times children learn better when music or singing is involved; so it’s always a good idea to sing as a family to continue the learning not only in daycare but at home as well. the beauty of a song like Wheels of Bus is that you can change words to suit your particular environment so maybe you want to talk about the sound the change makes as it’s being pay to the driver or what fits your situation you can do that. Car trips are a great time when the family is together where singing and spending quality can happen. It’s always a good time while having fun while learning especially for small children. It’s very rare these days being in such a technological word that families spend quality time singing and playing board games anymore. Believe it or not, there was a time when there was only one television in the entire house for many families or even at all and the only choice you had for entertain was one another. This type of social interaction is extremely important and critical for the development of children’s social skills.