Wheels on the Bus Characters 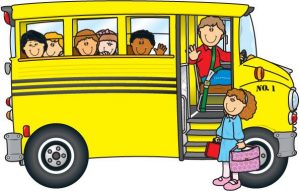 The History
Beginning as an American song to help with children while traveling, the song has become an important tune to many. The easy style it has makes it just as easy for children to follow along, enhancing the level of how much they might like the song compared to others. It does however allow them to think of motions along with the words, a good beginner learning skill.

The Variations
The characters that have played a part in this song trend have been very large in number. Some examples are the Muppets, Jambino, modern twists like Peppa Pig and classics like Mickey Mouse. Depending on the cast, the song will be slightly changed but that just adds to the entertainment.

Wheels on the Bus Muppets

Wheels on the Bus Jambino

Wheels on the Bus Peppa Pig

Wheels on the Bus Mickey Mouse

The Fun
The children who sing this song, no matter which cast it includes, enjoy the lively singing and repetitive lyrics. They learn to get excited by words and differentiate between the small things. Let them have a break from the normal activities and sing a entertaining tune.

The Information
Getting the children up and moving is important for both physical needs and development of social skills. By taking on song parts they can employ their memory skills, not to mention keep boredom at bay especially if you are on long trips. By enacting a character they have seen portrayed in the rhyme, they can practice associating labels and correct details.

Choose Your Own
Let your children or those you are watching have a little control of the song and see what it says about their personalities. Instead of the usual lyrics let them throw in some of their own. The creative possibilities are almost endless with the range you can include in the song, despite its repetitiveness.

Help Out
Give your child some choices to start with for the song, like mechanical aspects such as the wheels and horn of the bus, or go for the humanity aspect with what the driver, mothers, or babies onboard might sound like. The beauty of the song is the versatility you can pick from. By including a lot of parts and people they may encounter, especially in public, it helps prepare them and give them a sense of comfort on how the world may work and treat them.

Nursery rhymes inspire children to think of a great deal of things in life in a very serious way they do not even grasp. By introducing new characters in the same setting, it encourages outside the box thinking early. Let them sing with you and see what they gain from it.