Working on a Farm 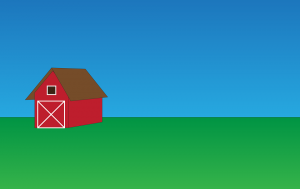 Etymology – The Story Behind the Story
The famous children’s sing-a-long lyrics are famed as an old German children’s game. The game and its lyrics are known to have been originated in the 1800’s and carried over by German immigrants to the United States. The lyrics overtime and based on geographical location have changed. In some countries for instance; Great Britain, U.S., and Canada, the lyrics are “A Hunting We Will Go.” The German lyrics are The Farmer in the Dell, but the true meaning and game were based on a farmer finding a wife or a game of courtship. In any case this game has been translated and lyrics changed to fit each culture the sing-a-long game has surfaced in from Romania to Thailand and beyond.

What are Children Learning from the Game?
There are many skills that children can learn from this famous sing-a-long game, but for starters let’s look into only two of the skills. One obvious skill is interacting with others. The game has each child holding hands and forming a circle, with one child in the middle (representing the farmer). As the song and game progresses, the child in the center selects each participant. So in addition the games teaches children how to make decisions, since players are chosen in the game as it progresses.

Another skill learned is basic economics and production. The lyrics and the game have undertones of the circle or cycle of life. Without realizing it children are learning how each character in the game works or is relative to the next character. For instance, the farmer has a dilemma, “How do I take care of this large farm or earn money?” His answer is simple, “I will have a wife and children to help.” So as the lyrics go, “The farmer takes a wife,” and continues on to the next step of a child and etc.

In the end the solution is resolved with additional people to help with the farm, which in turn brings in the money to sustain the family and the farm. But let’s not forget the production side of the children’s game. The lyrics progress with the following, “The nurse takes a bull and then the bull takes a cow.” The cow is introduced possibly to sustain the family with milk and other products. This teaches children the importance how food is produced on farms, which ends up in the stores were they see it.

Educational Benefits of the Game
The farmer in the dell can also be used as a great teaching tool for the classroom. Techers or parents can use the lyrics and the game as a way to teach children how to recognize people and animals. Children can also use this game as a way to learn how to spell, by making flash cards to represent each character along with the spelling below each one. Children can also learn how to count from this simple game by counting each character represented in the game. The lyrics can be changed to fit the teaching format or they can remain the same.